Thank you for all the comments on Ollie :) I checked and he did go back to his nest box last night and my neighbour has promised to call me if he poses in a easy to photograph spot again.

The wildlife in my garden are more camera shy - we have a resident grass snake and I've seen it so many time but its just to quick for me to get a picture! I'll keep trying especially as we're promised lots of warm weather later this week and I've spotted his favourite sun-bathing spot!

Anyhow back to yesterday - the morning to be precise. The band were playing in Aldeburgh - an annual engagement - a parade for the newly elected Mayor of the town.

I was there in my role as unofficial band photographer ;)

I took some pics on my phone and whilst I was fiddling with it waiting for the band to come back into the town for coffee, I found a new setting; 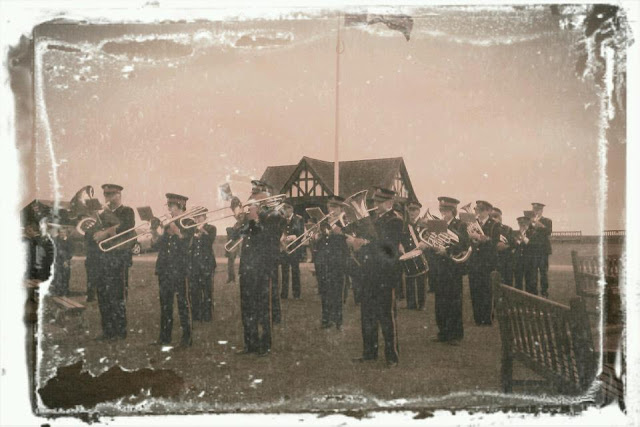 Playing on the seafront prior to marching. 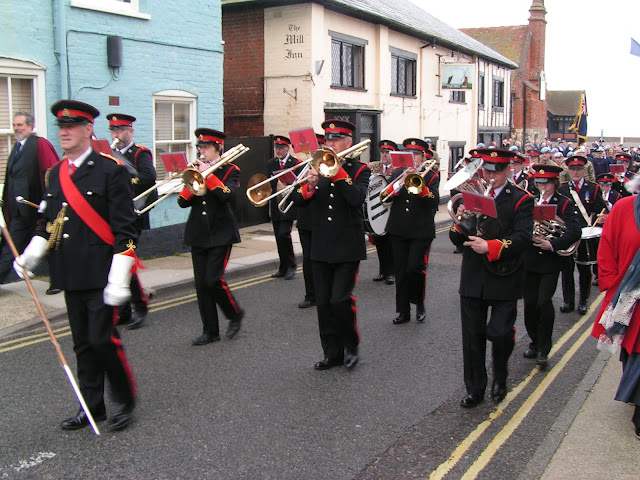 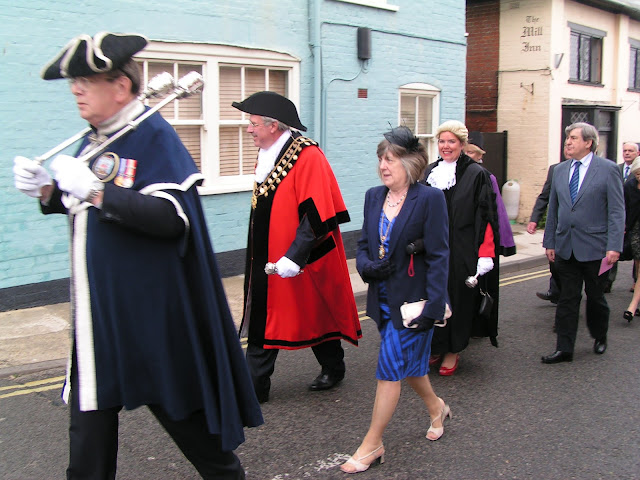 The Mayor & other members of the town council

There's a little gap whilst most of the parade are in church. The band don't stay for that part - instead we head into town for coffee.

After the church service - the parade forms up again and down the hill they march; 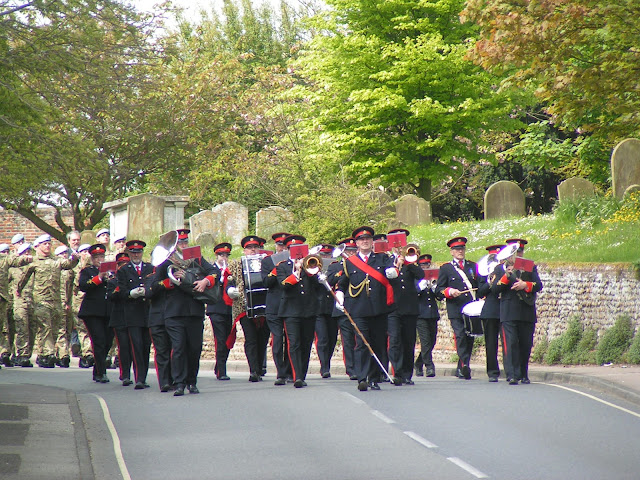 Aldeburgh was looking particularly lovely yesterday - lots of flags and decorations for the forth-coming Jubilee celebrations were appearing; 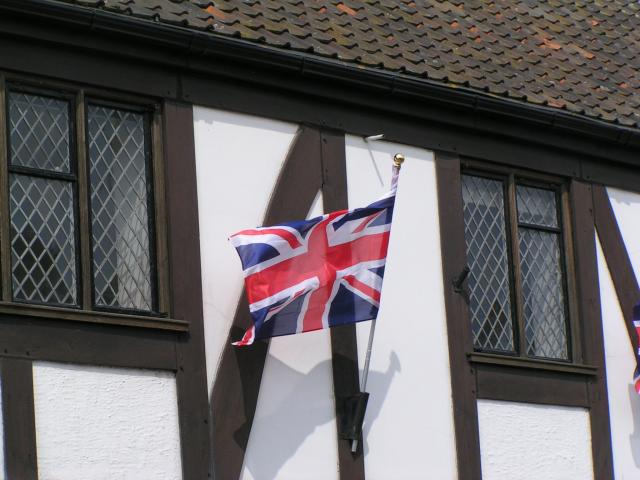 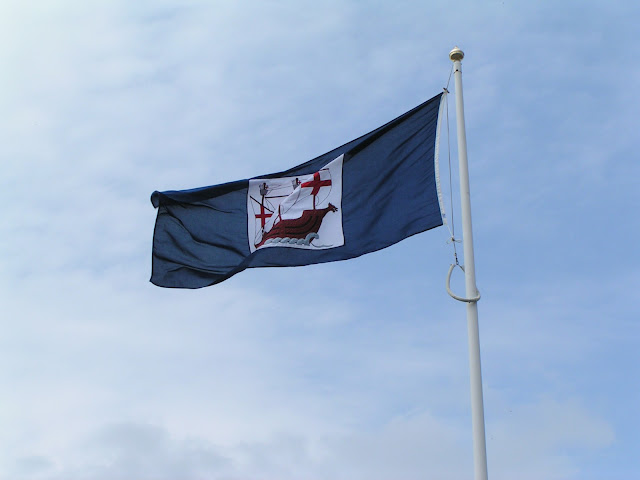 After the march was over the band played for a short while in front of the Moot Hall; 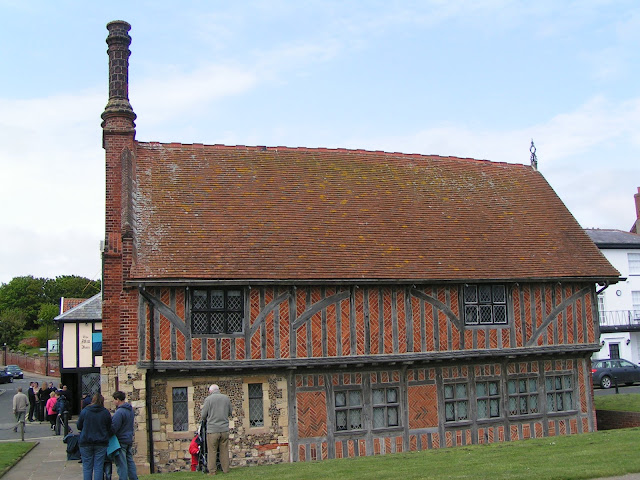 After that? Well behind the Moot Hall is a rather lovely pub - we might have had a quick drink on the green in front ;)

That's all for tonight - I've a hot date with my sewing machine and crochet hook - we've booked our first weekend away in our new toy and there are things I would like to have finished for that!! Oh and we've booked a summer holiday too - watch out Yorkshire ;)

Looks such a lovely place...! The band look so grand marching down the road, it must be wonderful to be a part of it all!! The Moot hall looks particularly charming (as I'm sure the pub garden did too - I'm jealous!)

Have a super week!
xx
Louise

The camera setting is fantastic. I really need to try editing/being more creative with my photos. Looking forward to the caravan makes. XX

That Moot Hall is one of the loveliest pub's I've seen.
How exciting that you've booked your maiden voyage in the new toy! x

I have had fish and chips in that pub behind Moot Hall and they were memorable - for a good reason! It did help it was very cold and we'd strolled along the beach looking for pebbles, but even so, they were some of the best chips I've ever had. Yum.

I do love a brass band and the pub looks lovely!
How amazing to have the baby owl on the fence too!
Loving the des res on wheels, I do love a good caravan holiday!Especially when the sun's out!
Rachel x

What a warm and wonderful blog you have. I feel so welcome . . . even a parade to greet me, LOL. Your photographs are lovely and as I dug farther into your blog and saw your marvelous caravan . . . well I was hooked. You see, I have been working on my husband to purchase a caravan (we call them travel trailers) for the past year. I'm getting very close (I think) do you have any pointers. I just know we would have a ball, camping out and visiting family with our own comfy made-up bed and potty. That last bit may have been more than you needed to hear. Well, I am your newest follower, and I do hope that I can convince you to visit my blog and hopefully to follow me, too. I'm a wife, mom, and grandmother . . . that loves having a good time, crafting, painting, playing guitar, singing, gardening and if I had a caravan I know that I would enjoy traveling . Have a great week. Hope to hear from you, Connie :)